Why thinking in averages is below average thinking – Strong analytics II 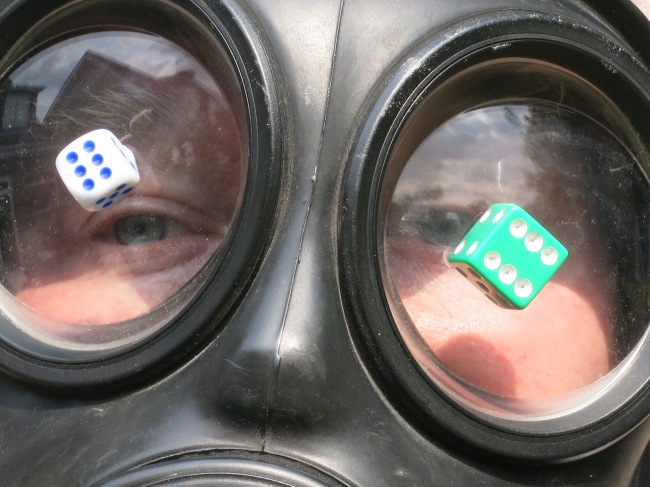 As a reward specialist I am asked questions like, what is our pay inflation going to be next year?  I used to go away, do research and say 2.4% – having used the historic average.  Of course it was never exactly 2.4% so my boss would turn round and say – “but Ian, you said it was going to be 2.4%, you’re fired”.  If asked the same question now, I respond with an answer; “there is a 50% probability that it will be 2.4%; but there is as 10% probability it could be 4%, so we should factor that in to our budget.”

The problem is that point data estimates, like, pay inflation is going to be 2.4%, have a high possibility of being wrong.  Using a probability approach gives more information about outcomes and new ways of thinking about those low probability, high impact events in our lives – our “Black Swans”.    Dr Sam Savage, a pioneer in work on probability, tells the story of the mathematician who drowned in a river that had an average depth of three inches – that average hid a deep trench right across the centre.

Average forecasts are wrong on average

So how do we get to the “50% probability that inflation will be 2.4%”?  My favourite method (but not the only one) is to use a Monte Carlo Simulation.   This is a statistical technique that allows me to account for volatility in numeric analysis.  It does this by producing a probability distribution for any factor that has variable outcomes and by producing a large number of random samples.  What does this mean?  Well, I took some UK National Health Service (NHS) quarterly sickness data over five years.  The average percentage absence was 4.2%.  I ran one million random trials (it took about twelve minutes) against the data distribution.  It showed that while there was a 50% chance of absence being 4.2% there was a 10% chance of it being 5%.  That may not seem like a big difference but when you are dealing with the biggest workforce in the UK, 0.8% is a large number of doctors and healthcare workers off ill.    I used a different set of NHS data on the number of sick days lost per employee.  The 50% probability of days lost was 6.1 – but there was a 10% chance of 9 days, a large difference.

As an HR professional it is better to say that we have a 50% probability of wage inflation at 4.2%, which clearly gives a large range of other probabilities than saying it will be 4.2% with a very high probability of being wrong.

There are a lot of advantages to using the probability approach.  We can show what might happen and also the probability of each outcome.  One example of this that I have used is to look at the probability of different performance measure outcomes in an organisation if they were normally distributed.  I then compared this with actual outputs and was able to show the CEO which departments were “outliers”; had produced markings that were higher or lower than forecast.  That allowed us to talk to the line mangers to find out why the department was marking higher or lower than was predicted if the performance was normally distributed – which is what you would expect.

Using probability analysis is invaluable for “what if” exercises.  How many times have we been asked to model what would happen if you cut the budget by 3%? Using one number you get one output.  Using the probability approach you can give a range of possibilities.  I have looked at death rates in an organisation against the probability forecast.  On one occasion, using a probability approach, I suggested increasing insurance cover just in time for a sad increase in the number of employees dying. (The increase was, of course, entirely random, but I had forecast that probability).

Another important use of probability is that of project planning. One statistical quirk in project planning is that if all the tasks are completed, on average, on time, then the project will be delivered late!  (Think about that for a minute….)

Fooled by Black swans while thinking fast and slow

You may have read “Fooled by randomness” by Taleb or “Thinking fast and slow” by Khaneman.  Both make the same point. As humans we are programed to apply heuristics and biases to problem solving: dismissing or ignoring the unlikely in favour of what we think we know or what happened recently.  Yet unlikely outcomes are more common than most people would guess; also the outlier outcomes tend to be extreme by definition.  Of course, in HR we work with people, who act in quite random ways sometimes……

When in investment banking I worked with an outstandingly good business continuity manager called Stuart Dunsmore.  He talked about the possibility of a bomb in central London being extremely small; but the effects would be highly disruptive. Sadly, he was proved right, but the upside was we came through the London bombings with our UK business unharmed due to his preparations.

When in the City of London I carry an emergency gas mask.  Why, well, the chances of needing to use one are small, but I only need to use it once to save my life!  The probability of a biological or chemical attack in London is tiny; but the chance of death is high.  Low probability events with high impact; do not let them take you by surprise.

Now for a public health warning.  First, those of you who have a statistical background (unlike me) will spot holes in my argument.  There are issues with Monte Carlo simulations or even using probability approaches.  But, they are better than point averages for forecasts.  It is a continuum, yes, there is better mathematical or statistical approaches available but even starting to think on the basis of probability is a game changer.  Second, probability often depends on the future being similar to the past – but it will not be!  However, using the probability approach makes us more aware of both that factor and that highly unlikely events do occur with surprising frequency.

Most of us in HR are not statisticians  Using the probability approach does involve some understanding of statistics and how to use the programs that are available, be they Microsoft Excel add-ins or programs designed specifically for this work. However, taking the time to understand probability both as a mind-set and as a set of techniques is a major game changer for HR.

I would urge you to give it a try; you have little to lose.  The gains are large; greater chance of producing “better” forecasts, certainty of being wrong, on average, less often.  Increased credibility and perhaps a more open mind set to when those outlier events do occur.  Enjoy!