Politicians, promises and payment by results 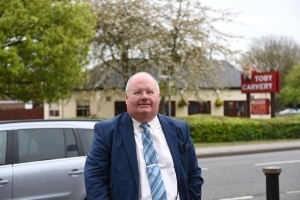 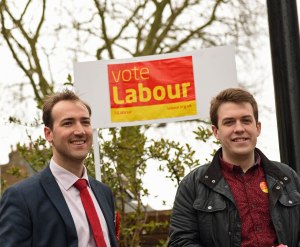 Introduction
As the General Election in the UK comes to an end I was thinking about all the political promises, pledges and lists of broken guarantees. It struck me that the country could take a leaf out of the reward book and pay politicians by results. In this age of big data it would be easy to set up metric based targets for the five-year term of parliament. Then we could pay the politicians against their metric achievement. Judging from the large number of alleged financial scandals surrounding our MP’s and alleged comments from senior politicians such as Malcolm Rifkin about how poorly they are paid, financial reward certainly seems very high on the agenda of those who lead us.
Payment by results
Using a payment by results approach based around big data metrics and evidence based policy approaches would allow voters to easily measure achievement – or lack thereof, Likewise, it would be easy to see what pledges have been met or not.
The payment by results approach, designed by reward professionals, (who else?) and monitored by an independent body; for example the Institute for Fiscal Studies, who give credibility to the politicians promises and hopefully reduce the meaningless political rhetoric and general unpleasantness that has dogged this election campaign.
Effective opposition
The same approach could be used for opposition parties, effective challenge to the executive, votes won, policies implemented and the like.
Summary
Rather than having to wade through the swamp of claims, counterclaims, pledges and dodgy statistics we would have clear measures against KPI’s set for the five-year term. In addition perhaps politicians would stop moaning about their pay if, like those of use in business they were paid for their hard work and success; although on second thoughts….
#ge2015 #bigdata #reward #pay

Question
You are sitting in your office when the CEO walks in. She says “I want to give half my salary away to increase the minimum pay in the organisation to $25,000.” Do you:
A) Burst out laughing?
B) Sit her down with a coffee and ask how long she has spent in the sun?
C) Start working out the new pay and the impact on the benefit costs?

Introduction
We have seen a couple of recent cases of exactly this happening. CEO’s taking a salary cut or turning down pay increases to fund either general increases or to raise the minimum pay in their organisation. What are the reasons behind this startling phenomenon? Guilt, publicity or an increasing discomfort with levels of pay inequality? Is the startling level of inequality beginning to cause discomfort to the high paid?

The facts
In the United States the top 1% of earners are paid 20% of total earnings. ( http://en.m.wikipedia.org/wiki/Income_inequality_in_the_United_States). The reverse of this coin is that 25% of jobs in the United States are low paid.

The issues
Pay inequality is largely perceived in relative terms: what we are paid compared to the colleague sat next to us. I remember giving a talk to HR in an investment bank. I told them average earnings in the UK were $35,000 and 62% of the UK population earned less than this – the team did not believe me. On checking, the average earnings in the room was $70 000 and the highest paid was $220,000.

Increasing inequality has, so far, had limited impact. We have seen the “Mac attack” on low pay in the catering sector, the occupy movement make occasional protests yet most carry on as normal. Sociologists argue that inequality leads to a breakdown of social cohesion and trust – but have we seen this?

The counter argument is simple. The labour market works and we are paid what we are worth. But, we know the market is tilted. If favours certain backgrounds, certain coloured skin and one sex over another. White male middle class high earners have largely done well in the last decade over, for example, black working class women. So, pay inequality is also an issue of social fairness.

What is to be done?
We have a number of options
A) Do nothing – the labour market more or less works and the alternatives are worse
B) Encourage an open and honest debate – but will it achieve anything?
C) Legislate – but state initiatives on pay seldom work and always lead to unfortunate consequences
D) As pay professionals start to ask questions about inequality of our CEO’s – but will they listen?

What do you think?