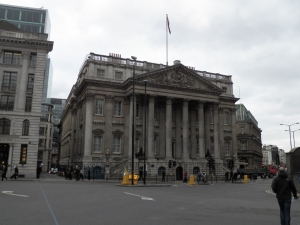 This is a brief analysis of the UK’s 2013 from a Reward perspective.
It identifies five key factors when looking at the budget and provides an analysis against each factor as well as a score.  The overall view is that it could have been better but at least no serious damage has been done outside the appalling economic outlook.

Five lens to view the budget

In my view there are five lenses through which to view the budget:

The following sections will cover each of these lenses in turn

Does it help labour market flexibility?

The small cut in employer’s NI bill will help small businesses either go on employing or employ more staff.  One out of two for effort.

Does not interfere with the smooth functioning of the labour market?

The cap on wage increases in the public sector does interfere with the smooth functioning.  It artificially reduces pay and will impact the private sector and create distortions in employment; particularly in areas with high public sector employment such as parts of Wales and Scotland.  This factor has the possibility of unintended consequences.

Does not increase employment costs?

There are no obvious increases in employment costs so two marks here.  Well done, good effort.

Does not increase the regulatory burden relating to employment?

A bit of a sting in the tail here.  The NI reduction will be claimed through the real time tax reporting.  A survey yesterday showed that about 40% of small businesses had not understood or prepared for the introduction.  A question then arises how they are going to claim; it is also a back door incentive to use an unpopular regulatory burden.

The Chancellor has estimated that there will be a potential 600,000 new jobs.  Where they come from, how much they will pay and if they will be full or part time is hard to say.  We are currently seeing labour market dislocation with large increases in part time and low paid jobs; perhaps (and it is not clear) at the cost of permanent full time well-paid jobs.  One mark for wishful thinking.

Overall the budget has done little harm from a Reward perspective and, although it may be wishful thinking there is the possibility of some job creation.  This is counterweighted by the cap on public sector salaries which distorts the free functioning of the labour market.r