Time, value and a bonus

I was at a City lunch in a conversation with a senior executive of an American bank and her partner, a gifted financial analyst.  We discussed the impact of bonus accrual accounting standards on balance sheets.  Then she made a startling statement.  “The accruals cost us millions, but the executives value their bonus at a fraction of its face value.”   We then spent two hours discussing that statement.

In both women’s eyes the issues are the trends in executive compensation to long deferral periods, bonuses held in stock and the potential value reduction through future downward adjustment and claw back. The issue for executives is economics 101.  A dollar has less value tomorrow than today and uncertainty over the number of tomorrow’s dollars reduce the value still further.  Yet, the increasing costs of executive incentives weigh heavy on the corporate balance sheet and in the eyes of the shareholder advocacy groups.

The demand for longer bonus deferral periods reflects the perceived risk horizon of the impact of executive decisions.  The driver for deferral into stock is to increase executive alignment with shareholder interests.  Increasing conditionality around claw back of bonuses paid and value reduction of unvested payments is a reaction to executive misdemeanors.  All of these are worthy objectives – but they come with unintended consequences.

The cumulative impact of these changes is that the face value of the incentives becomes close to meaningless to the recipients.  Future value becomes unknowable.  Long deferral periods lead to great uncertainty as to value (the very basis of the Black Sholes calculation).  Stock value is heavily impacted by external events such as market crashes. Decisions made in good faith can, with several years’ hindsight; look wrong if not negligent, leading to high levels of management risk aversion.  The cash flows on which an executive has to base her future become smoke and mirrors.

The core of a reward strategy is to attract, retain and motivate.  If the recipient of a reward does not value the payment at the same level as the cost to the organisation, the strategy fails. Motivation and retention is reduced if lower value than the cost is attached to the award.  Yet, the balance sheet, P&L and share dilution have heavy organisational effects in both dollar and reputational terms.

The impact on the individual executive’s behavior is also meaningful.  Risk aversion becomes important to avoid penalty.  Capital protection rather that appreciation becomes a driver to reduce future uncertainty.  As we have seen in some labor markets, upward pressure on base salary and thus dollar certainty is increasing.

We are at a tipping point.  Remuneration costs are rising, for executives value is falling; external criticism is increasing rapidly as is remuneration regulation. There is a vicious circle of increasing face value to make future value meaningful; something of a tail chasing strategy. The system is broken.  Not yet beyond repair, but the longer the malaise festers the more painful the eventual solution.

A root and branch review is needed and needed now.  Executive compensation has always been complex and opaque.  Its death rattle is now being sounded – at least in its current form.  The reward profession needs to move contemplation from its navel to this vexed subject before it is too late; although what the alternatives are I shudder to contemplate. 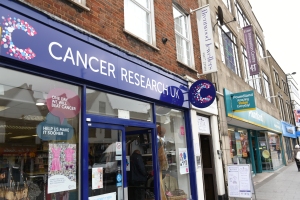 Question
You are sitting in your office when the CEO walks in. She says “I want to give half my salary away to increase the minimum pay in the organisation to $25,000.” Do you:
A) Burst out laughing?
B) Sit her down with a coffee and ask how long she has spent in the sun?
C) Start working out the new pay and the impact on the benefit costs?

Introduction
We have seen a couple of recent cases of exactly this happening. CEO’s taking a salary cut or turning down pay increases to fund either general increases or to raise the minimum pay in their organisation. What are the reasons behind this startling phenomenon? Guilt, publicity or an increasing discomfort with levels of pay inequality? Is the startling level of inequality beginning to cause discomfort to the high paid?

The facts
In the United States the top 1% of earners are paid 20% of total earnings. ( http://en.m.wikipedia.org/wiki/Income_inequality_in_the_United_States). The reverse of this coin is that 25% of jobs in the United States are low paid.

The issues
Pay inequality is largely perceived in relative terms: what we are paid compared to the colleague sat next to us. I remember giving a talk to HR in an investment bank. I told them average earnings in the UK were $35,000 and 62% of the UK population earned less than this – the team did not believe me. On checking, the average earnings in the room was $70 000 and the highest paid was $220,000.

Increasing inequality has, so far, had limited impact. We have seen the “Mac attack” on low pay in the catering sector, the occupy movement make occasional protests yet most carry on as normal. Sociologists argue that inequality leads to a breakdown of social cohesion and trust – but have we seen this?

The counter argument is simple. The labour market works and we are paid what we are worth. But, we know the market is tilted. If favours certain backgrounds, certain coloured skin and one sex over another. White male middle class high earners have largely done well in the last decade over, for example, black working class women. So, pay inequality is also an issue of social fairness.

What is to be done?
We have a number of options
A) Do nothing – the labour market more or less works and the alternatives are worse
B) Encourage an open and honest debate – but will it achieve anything?
C) Legislate – but state initiatives on pay seldom work and always lead to unfortunate consequences
D) As pay professionals start to ask questions about inequality of our CEO’s – but will they listen?

What do you think?

The news that the number of zero hours employees have been greatly undercounted illustrates a fundamental change in labour market dynamics. We are seeing an acceleration in the divide between the haves and the have nots. Those in the core on good pay, benefits and job security and those outside the core on poor pay, limited benefits and insecurity.

This enhanced segmentation highlights issues of social cohesion and human capital development. Could it represent the marginalisation of the young, the old and the unskilled into labour market ghettos, conceptual slums bottom feeding from leftovers of the core. A world where our children, our older relatives and the disadvantaged live on the crumbs from the rich person’s table. Not quite the brave new world we hoped for.